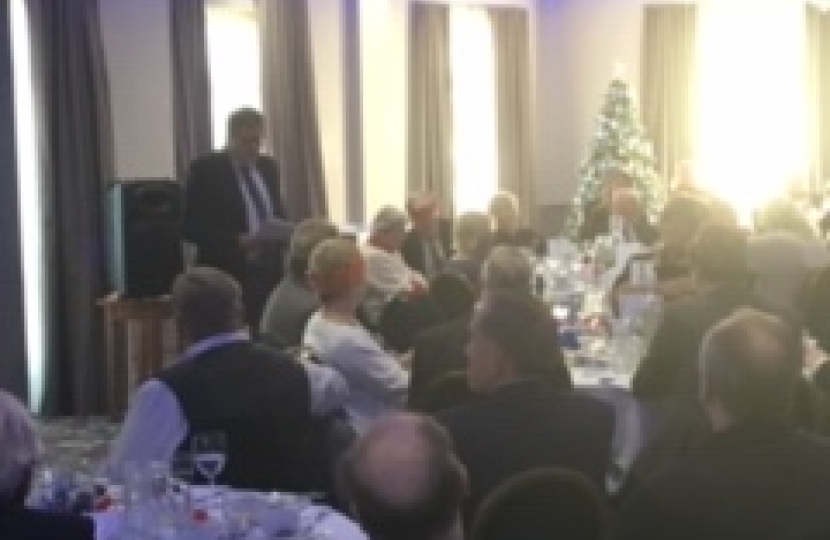 A packed house at Letchworth Hall Hotel on Friday, for the North East Herts Conservatives Annual Christmas Lunch, heard a humorous speech from Will Goodhand, a candidate for the Party in Middlesbrough at previous elections. Will, who has also been a stand up comedian as well as an entrepreneur, told many stories from the campaign trail, including the constant breakdown of his campaign vehicle, a 1974 Triumph Toledo. He also spoke strongly about the investment the Government are making in Northern Cities.

In his vote of thanks Sir Oliver Heald referred to his time as a candidate previously in Bermondsey. He also outlined the successes of the Government apprenticeship scheme, in helping younger people into good jobs.

On Friday we were delighted to host the newly elected MP for Watford, Dean Russell, as the Guest Speaker at our CPF Supper at the Letchworth Hall Hotel.  This was the first time we were all together to celebrate the Party's enormous win nationally and Sir Oliver's increased majority.