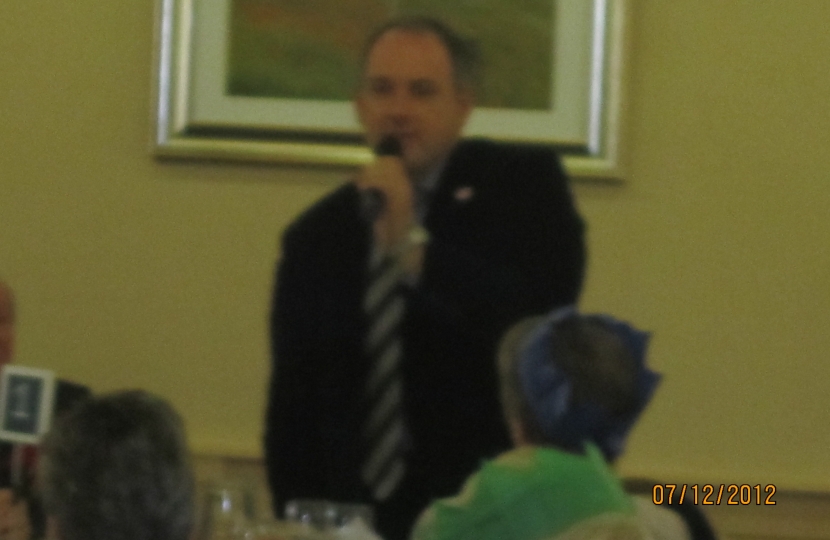 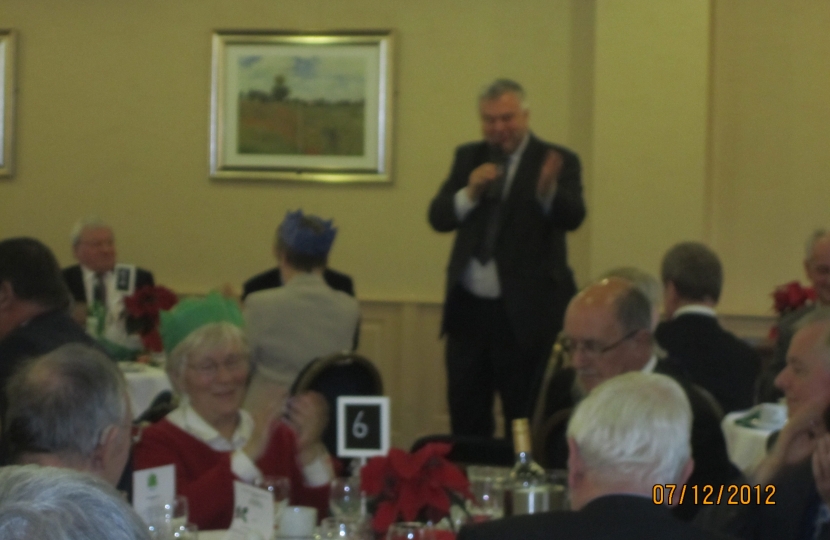 The Marston Suite at the Letchworth Hall Hotel for the Association Christmas Lunch on the 7th December was decked with crisp white tablecloths, colourful table decorations and Christmas Crackers.  A most welcoming sight.  Add to this a larger than normal attendance and all the ingredients were present for a most entertaining and informative lunch.

We were delighted to welcome Robert Halfon, MP for Harlow, as our speaker and it was much appreciated that he took the time and effort to visit each table and personally introduce himself to members.  We were also delighted that Oliver Heald QC MP was able to take time out from his busy schedule to be present.

Robert was introduced by Chris Schwick, who chaired the luncheon.  On reading Robert’s resume to members, it was very obvious that he was very involved with all aspects of business and life in Harlow and was an enthusiastic advocate of his constituency.  His big success recently, being the outcome of his ‘No increase in Petrol’ campaign.  During his talk he was not afraid to express his views firmly on both people and policies but we were left with little doubt that he supported the government’s agenda for progress and reform.  He did feel, however, that government should inform the public of their successes in a far more robust manner.

Robert also complimented Oliver on being a man of integrity and one who was always willing to help and give advice.

After his talk, Robert was very willing to answer as many questions as there was time available and several members took the opportunity to do just that.  Oliver gave a vote of thanks.

The luncheon finished with the raffle of some very fine prizes donated by members.