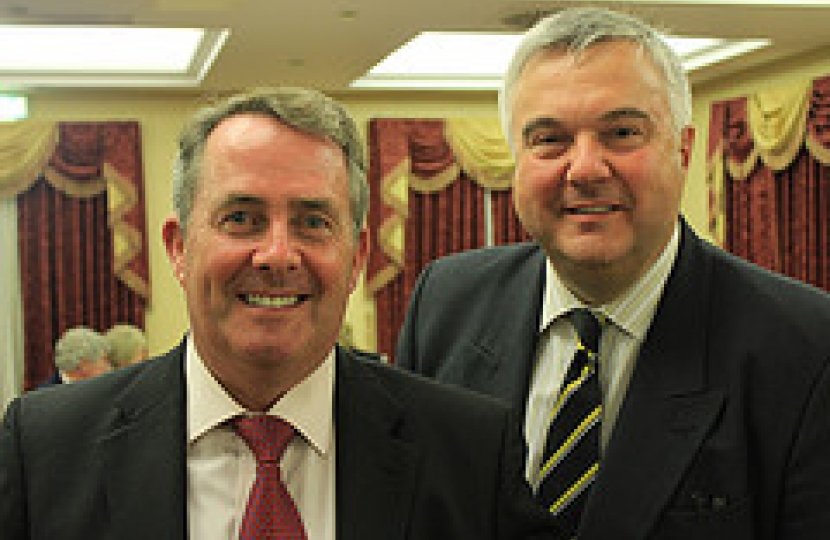 Dr Fox also outlined his frank views on how the Conservative Party should move forward in policy terms, aiming for victory at the next election. Describing himself as an unreconstructed Thatcherite, he urged the Party to distinguish its policies from those of the coalition partners, and be particularly strong in its future negotiations with the EU.

Finally Dr Fox congratulated Oliver on his well deserved promotion to Solicitor General and he looked forward to working with him in the future in Government.

Following many questions from the floor on a wide ranging number of subjects, Oliver gave a vote of thanks to Dr Fox, and received a huge ovation from numerous activists from across North Herts recognizing his promotion.