Let's stay on the road to a stronger economy 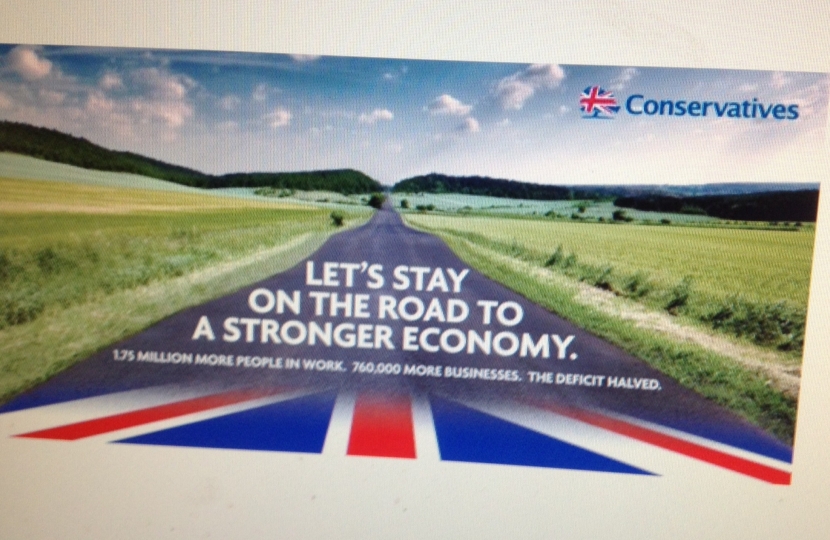 When we came into office in 2010, Britain was on the brink of bankruptcy. People were losing their jobs and families were worried about the future.

So we took difficult decisions to get our economy back on track.

Five years later, thanks to the measures we've taken and the hard work of the British people, the deficit has been halved, new businesses are opening up across the country, and there are a record number of people in work, with the security of a pay packet.

Our plan is working - and we need to stay on the road to a stronger economy.

Britain has come a long way in five years. We can't go back to Labour's way of more borrowing, more debt and higher taxes. Instead, let's stay on the road that has brought us this far - the road that is securing a better future for everyone in our country.