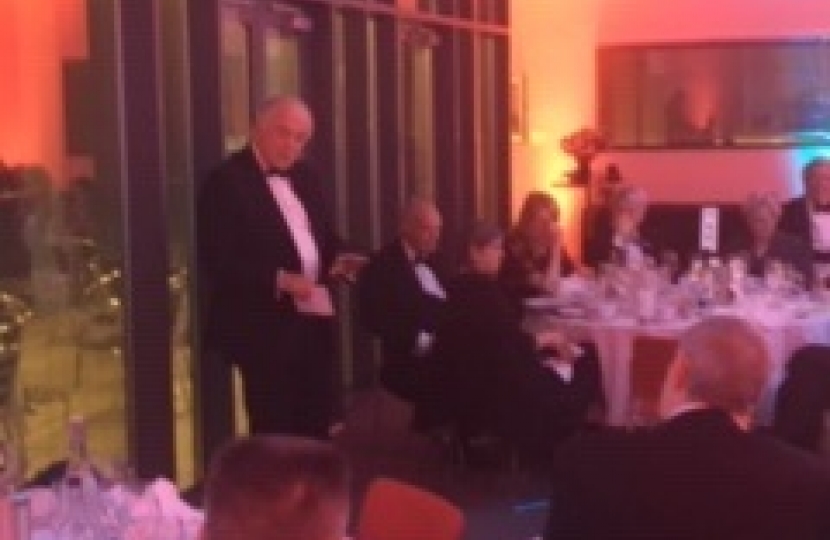 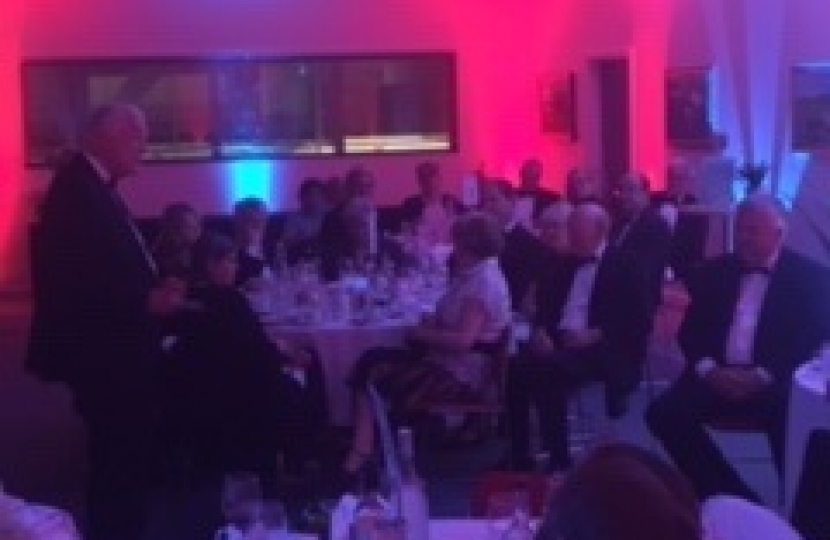 Ex-Labour MP and MEP Lord Balfe was the Guest of Honour at North East Herts Conservatives Annual Patrons' Dinner on Friday night.  The event was held in the hanger of the magnificent Imperial War Museum at Duxford.  A full house listened to a fascinating speech including many comments about the current Labour Party.  Lord Balfe outlined that most Labour MPs are still very unhappy with the direction of today's Labour Party and the Labour leadership.  In contrast, he outlined the strengths of the Conservative Party through experienced leadership and doing what is right for the country.  He backed the Chancellor of the Exchequer in his wishes to keep the deficit down and he criticised Labour for making numerous spending commitments without showing how they could possibly be paid for.  There was a lively question and answer session on Britain's future after Brexit, on the manufacturing industry in the UK, engaging with young people and the possibilities of the Labour Party splitting.  In thanking Lord Balfe, our MP Rt Hn Sir Oliver Heald QC MP said that the great experience Lord Balfe had had over many years both internationally and with his work with Trade Unions has been of great help to the Conservative Party and had provided a great evening's entertainment for everybody present.