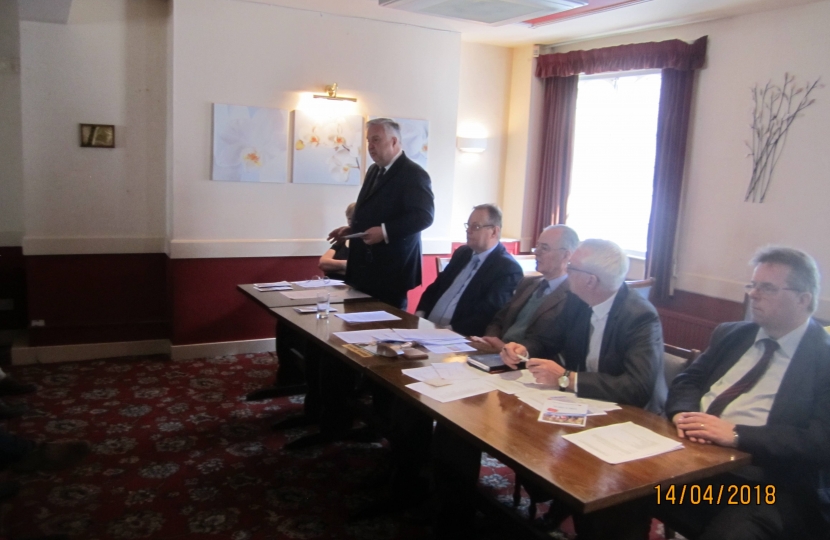 Sir Oliver Heald congratulated the Association on its previous years successes and thanked particularly all the local Councillors for their hard work.

He compared the prudent and efficient way in which North and East Herts Councils and Herts County Council were run, and the way they protected local taxpayers money from being wasted, unlike some neighbouring Labour Councils.

Sir Oliver also supported the Prime Minister in her recent decision to assist the USA and France in their efforts to stop Syria using chemical weapons against innocent people including many children.