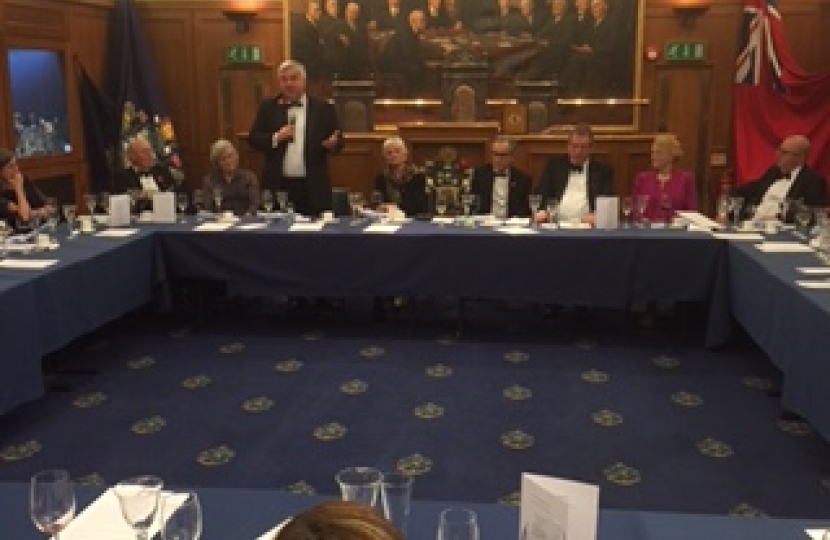 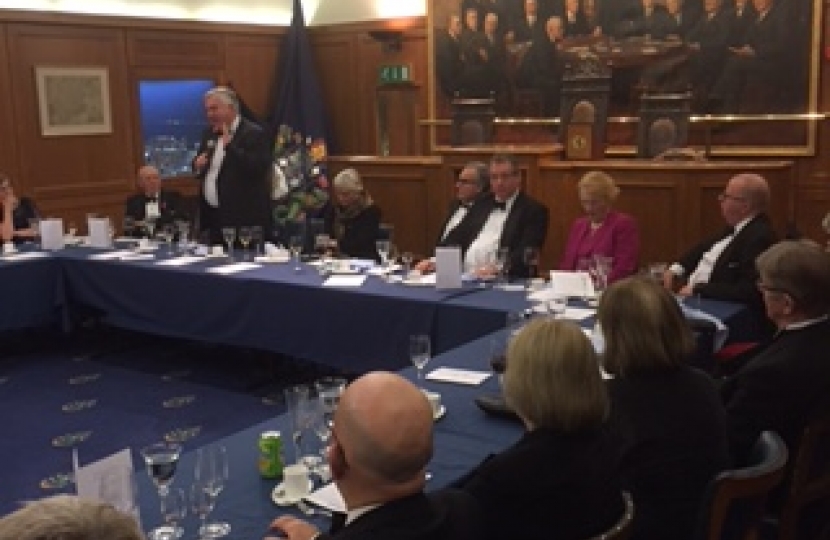 The North East Hertfordshire Conservatives Annual Patrons Dinner took place on Thursday night. It was held in the fantastic surroundings of the historic HQS Wellington, moored near Westminster.

The very special guest this year was the Rt Hon Baroness Pauline Neville-Jones DCMG. Baroness Jones was counter intelligence head under David Cameron and headed up foreign office intelligence units in numerous countries across the world. In her speech she outlined the very grave dangers facing the U.K. And the World for the foreseeable future. From jihadists to Russia to rogue states, democratic countries were under numerous threats. Not just from violence, but also from cyber attacks and interference in democratic countries elections!

Questions included the effect on our intelligence sharing of Brexit through to should the Royal Yacht Britannia be repaired and sent to work again?

The vote of thanks was given by Rt Hon Sir Oliver Heald QC MP.