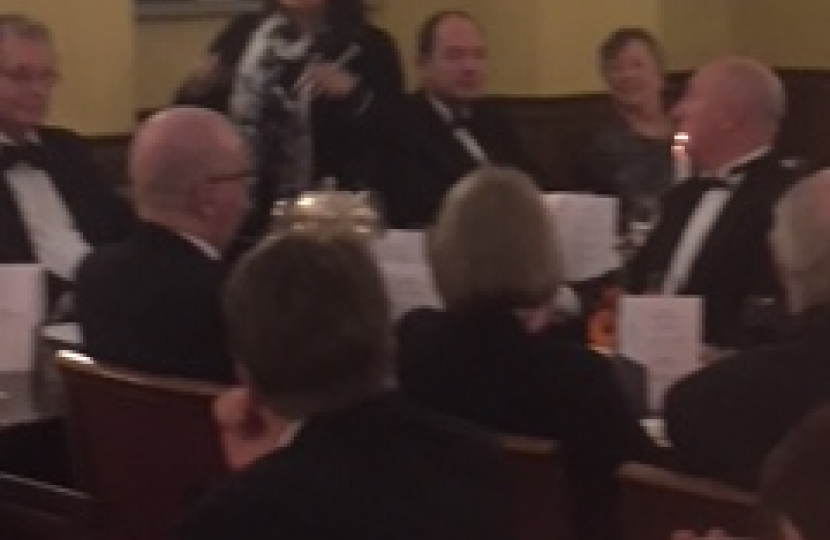 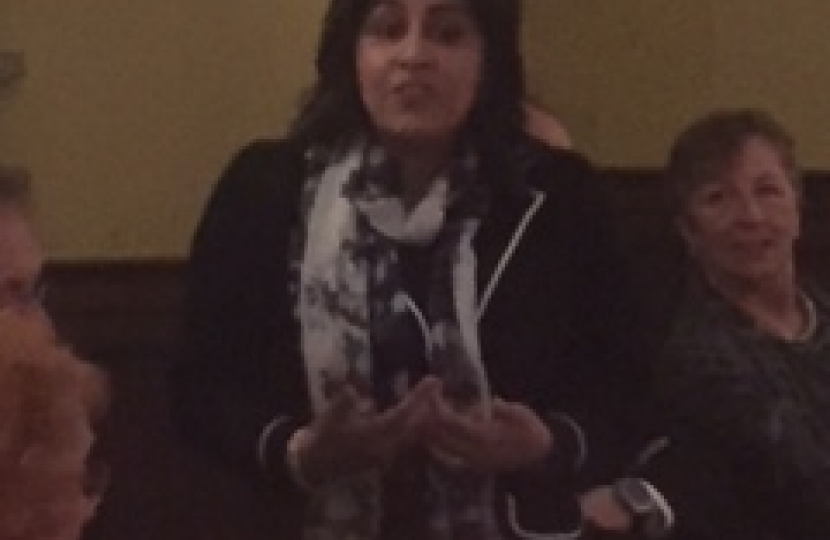 Baroness Warsi, ex-Charman of the Conservative Party and the first Muslim Cabinet Minister in the UK was the guest of honour at the Annual North East Herts Conservative Association Patrons' Dinnner last night. The event was held in the beautiful Wordsworth Room at St John's College, Cambridge was also attended by Lady Heald whilst her husband Sir Oliver was unfortunately delayed for voting in the House.

Baroness Warsi was nervous about Brexit negotiations and admitted that during the campaign she had changed her views from leave to remain but hoped that the Government would come up with a sensible solution on both sides. Her major fear was that the European Union were determined to punish the UK for leaving and that may lead to several difficulties in the short term.

There were many questions on issues of the day and the Baroness answered both honestly and comprehensively.  The guests left full of hope for the future both for the Conservative Party and for the country on their way home to the various parts of North East Hertfordshire.