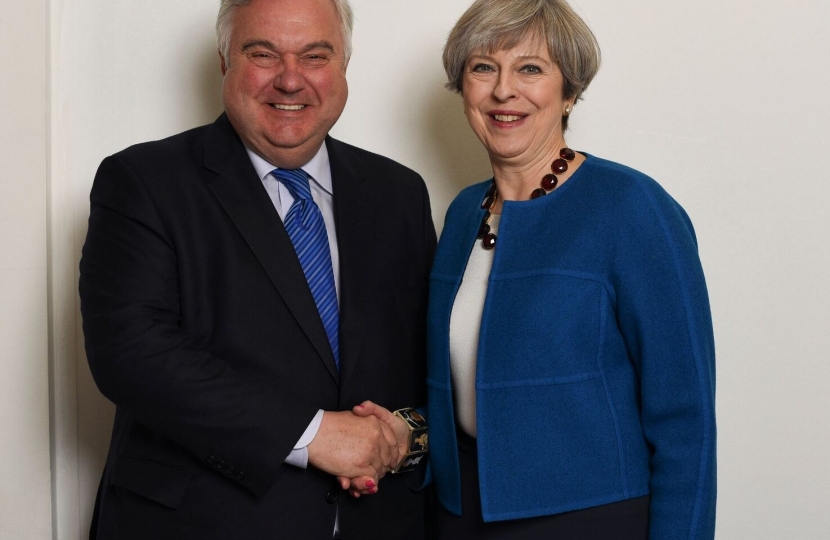 Standing up for our area's infrastructure

Oliver is a truly local candidate who has lived in the constituency since 1981 and as MP, has helped thousands of constituents. He is backing Theresa May to obtain the best possible agreement with the EU. As well as supporting the extra money for work on potholes, Oliver has campaigned successfully for By-passes at Baldock, Wadesmill and funding for Little Hadham By-pass and improvements on the A602. He has helped secure the A1M project between Stevenage and Welwyn Garden City, which will allow for SMART technology and all lane running. He pushes for better rail services and a timetable suited to our needs

Standing up for our environment

We need housing, but Oliver understands that we need to protect our countryside and supports development on brownfield and less contentious sites. He campaigns for our precious chalk streams and has successfully promoted less water abstraction. He meets local farmers who are improving our fields for flora and fauna, as well as producing our food. Oliver is delighted so many local groups are working on sustainability and Neighbourhood Plans.

Standing up for local services

Oliver pressed successfully for new NHS buildings at Lister Hospital and QEII and backs improved social care. He is now making progress in his campaign for radiotherapy services locally to avoid gruelling journeys to London. He also supports moves to modernise the Royston Hospital. Oliver has backed the great new buildings at our local schools Freman, Meridian, Knights Templar, Highfield, Wilbury. He has also asked Ministers for improved schools' funding, including a fairer national formula.