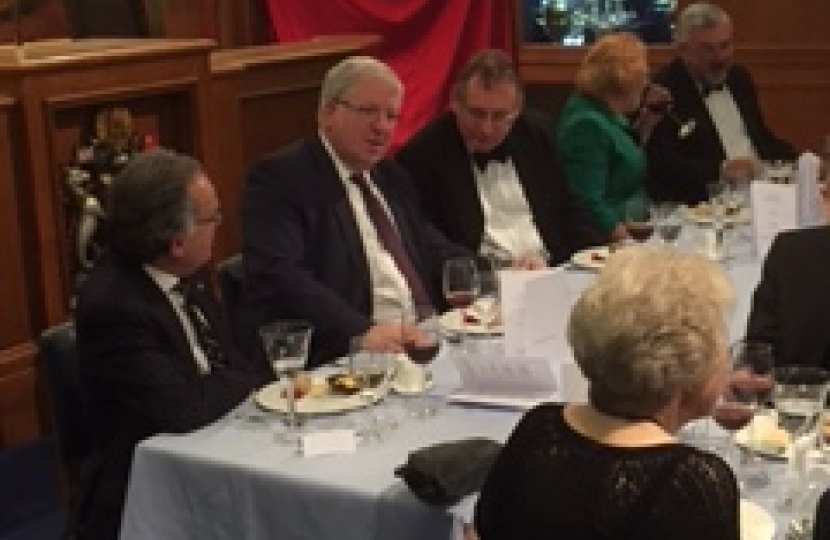 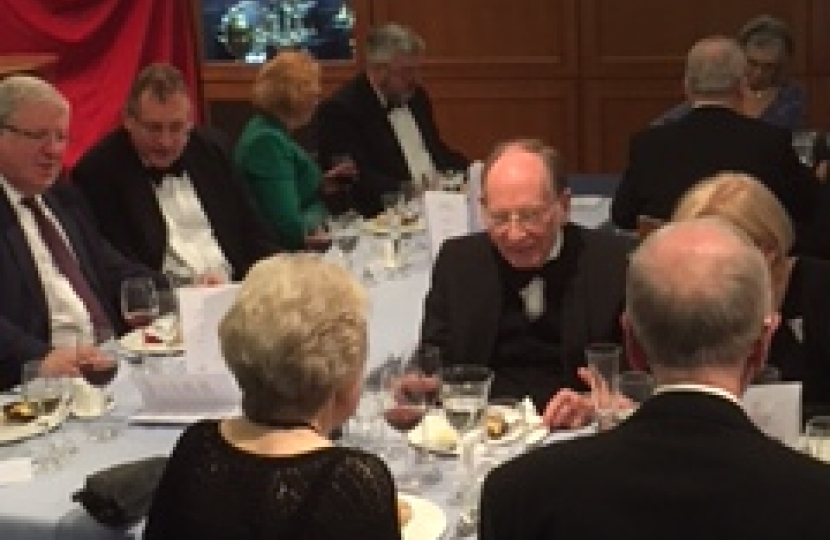 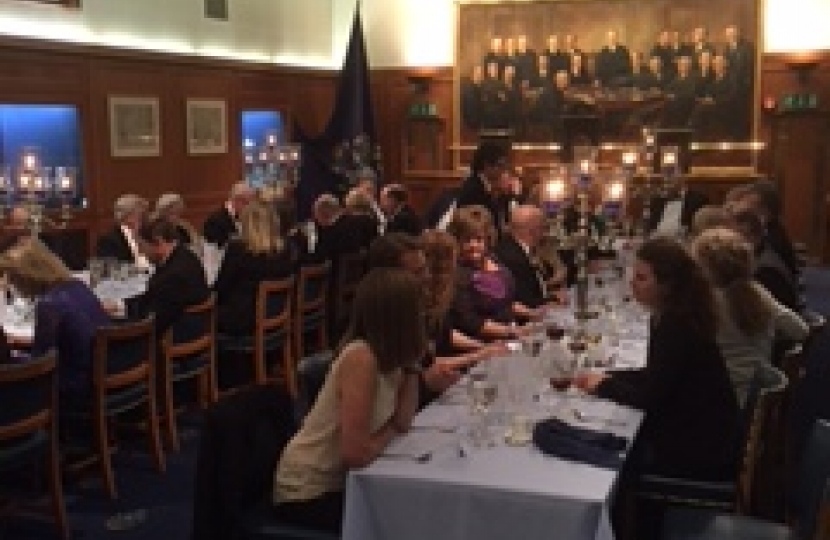 Members of the NEHCA Patrons' Club were treated to an excellent evening on board HQS Wellington near Westminster on Monday evening. Guest of Honour was the Secretary of State for Transport, The Rt Hon Patrick McLoughlin MP.

The Minister talked about the improvement to our transport infrastructure and included HS2, new airports and new roads in his speech. The Government was investing heavily in all these areas, and was able to due to savings made from the overspending of the last Labour Government.

Sir Oliver Heald QC MP, in his vote of thanks referred to the Minister's grassroots background, as he was previously a coal miner, and his understanding of real people and real issues.

Councillor John Smith was also presented by Martin Lewis with a House of Commons carriage clock in recognition of his over 50 years service to both the Conservative Party and North Herts, and particularly to Royston. Thanks and a presentation were also made to his long suffering wife Ann.