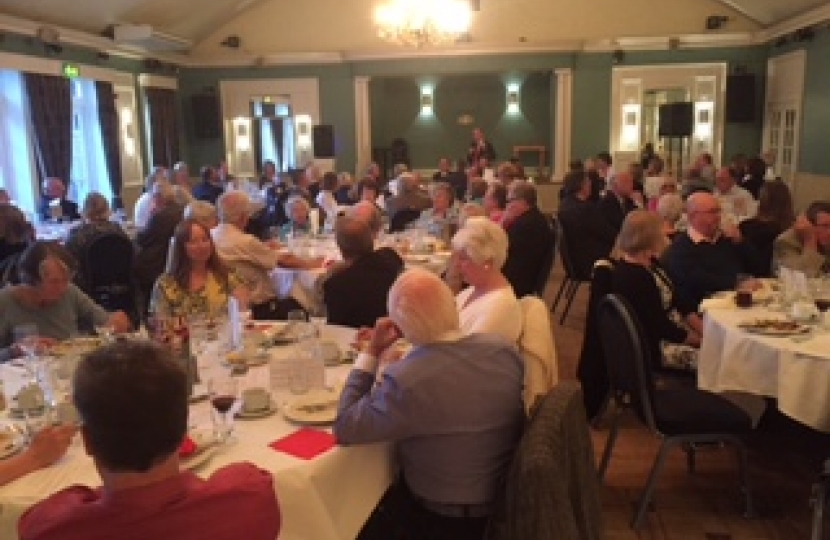 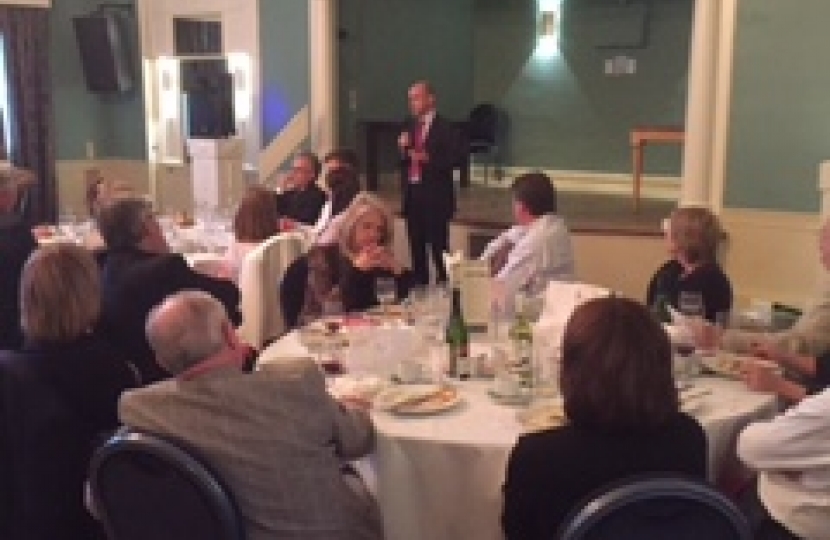 The OUTS have it!

as the second in our events covering the Ins and Outs of the Referendum campaign was held on Friday night, a small poll showed a majority for Leaving.

Previously we had heard arguments to Remain from Dr Charles Tannock MEP.

A crowd of 100 enjoyed a good meal followed by a speech from the guest of honour, MEP Daniel Hannan. As a leading campaigner for the Leave campaign, he put his case strongly to the audience of Party members and friends.

At a Question and Answer session following this, he answered questions varying from 'What might happen to the Cityof London?' to 'Would we be able to trade more freely with the rest of the world?'

Following the speech and questions an informal poll was held to see how they would vote, and a majority were for Leaving.

The vote of thanks was given by Sir Oliver Heald QC MP, who although a campaigner for the Remain camp, was grateful to Daniel for his excellent speech and candid response to questions.