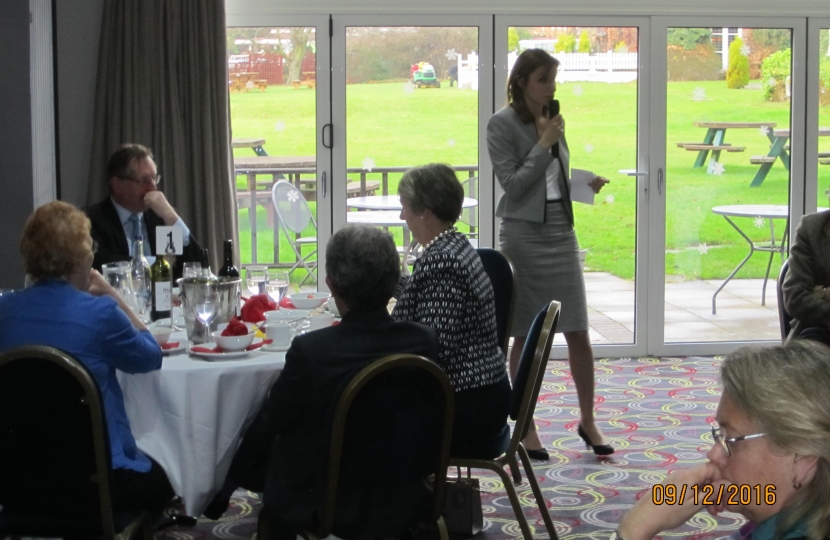 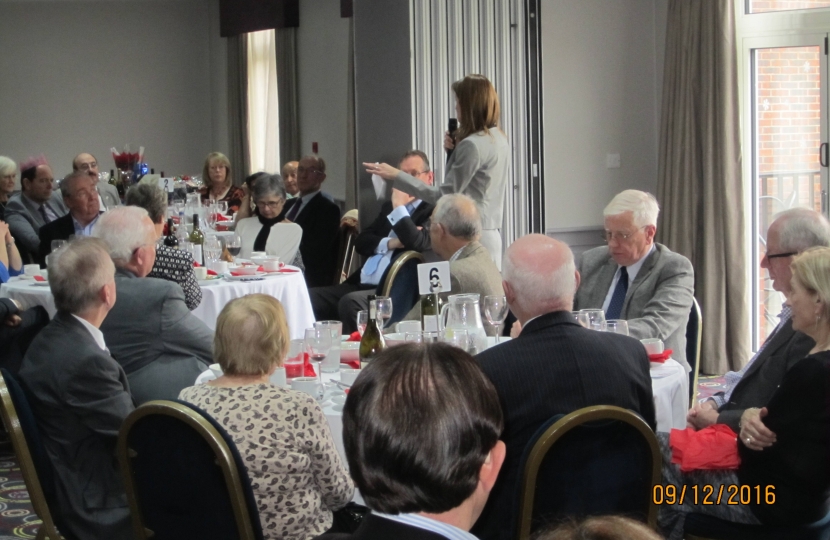 Guests included Lady Heald, Councillors and Party activists and members from around the constituency.

Lucy started by thanking local MP Rt Hon Sir Oliver Heald QC, for all his advice and support since she was elected last year. Lucy spoke on what it was like as a new MP in Parliament and the work she did in various committees. She also spoke on what was happening regarding Brexit. Though she supported remaining in the EU, she was fully committed to seeing Brexit through as it was the will of the people.

There were many interesting and provocative questions which Lucy answered in a frank and honest fashion.

Questions included what she thought of the Prime Minister and also of the Foreign Secretary. Also her thoughts on the single market and on immigration.

The vote of thanks was given by Councillor Ken Crofton, Chairman of East Herts Council.