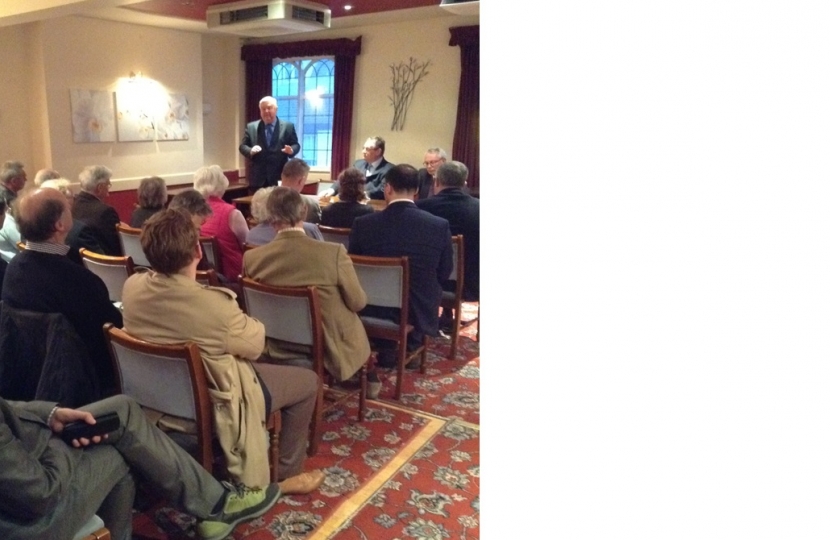 We are delighted to announce that Sir Oliver Heald has been selected to represent the Conservatives in North East Hertfordshire for the forthcoming Parliamentary election on 8th June. A packed meeting of Association Members heard Sir Oliver outline his work over the past 25 years as MP for our area.

Sir Oliver also put forward his thoughts for the future, and confirmed his total support for the strong leadership of Theresa May.  In his speech he also thanked all the Councillors for all their hard work throughout the year and wished the County Council candidates the best of luck for 4th May.

Association Chairman, Harvey Baker congratulated Sir Oliver on his adoption and promised the full support of Members in working to get him re-elected.