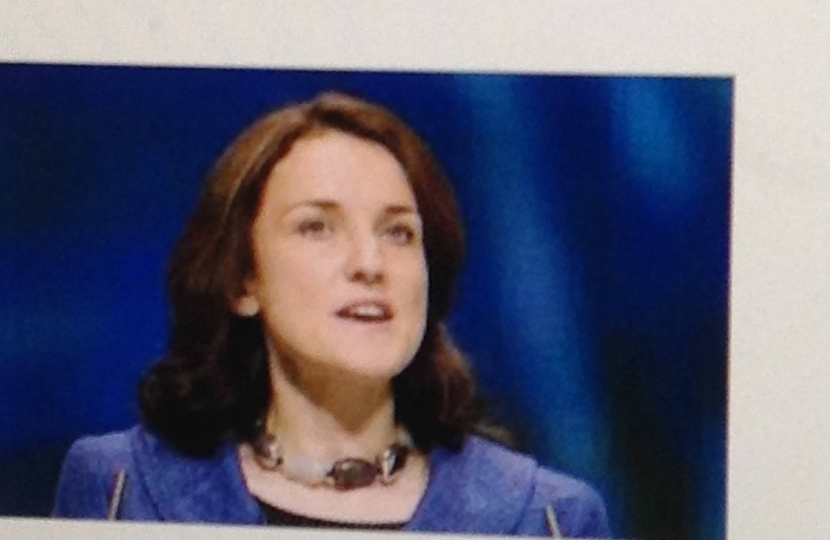 Northern Ireland Secretary, The Rt Hon Theresa Villiers MP, was guest of honour at our Autumn Dinner last week. She flew in direct from Stormont and a large crowd of guests heard Theresa congratulate Sir Oliver Heald on his "much deserved" honour. She commented on how popular Oliver was in both the Constituency and in Parliament.

Theresa then outlined the latest situation in Northern Ireland. Whilst the situation there had improved vastly over the last decade, it required continuous work to ensure that all sides worked together for both peace and prosperity in the country.

Turning to the general political situation, Theresa outlined the many successes the party have achieved under the Prime Minister. A reduction in the deficit, a record number of jobs created, immigration down, the best economy in the Western World and a record number of apprenticeships for young people. All these achievements should be the messages the party conveys to the electorate.

Turning to the potential threats at the next election, the Minister outlined the dangers of a fractured anti Labour vote. Only the Conservatives COULD deliver a referendum on Europe, and any other vote would lead to the election of Labour. This would return us to the disastrous years when they last governed, with a record deficit and a near collapse of our economy.

Answering questions ranging from what action we should take against ISIS to should we pay the latest demand from the EU. In each area, Theresa gave a forthright answer, leaving no doubts that we need to take strong action against ISIS and we should not accede to the latest EU financial demand, which she described as "a disgrace".

In his vote of thanks, Sir Oliver relayed how grateful we were that despite her punishing schedule, the Minister had made sure she visited North Herts and given us such a morale boosting speech.